(Volume I in The Faraway Lands)

One of the first things I noticed about M.L. Eaton’s The Elephants’ Child when I initially received it, was its modest volume. This didn’t take away from what I expected it might be, but the contrast between its size and the story power packed inside becomes a delightful discovery.

Set in post-Partition India, The Elephants’ Child is mostly six-year-old Melanie’s story, though told in omniscient third person with brief forays into others’ perceptions. This works well because readers are able to get a grip on what is happening in the “adult world” while remaining anchored in Melanie’s. At times Eaton chooses to blend the two beautifully, capturing a resulting understanding of where the young girl acquires some of her own thought patterns, but with her own will intact.

“Now Lakshmi was there, insisting on holding her hands to make sure she was safe: which was mostly nice but often a bit of a nuisance because Melanie wanted to run and play hide and seek in the gardens and not walk properly like a little lady.”

Melanie and her family shift from Karachi to Bombay (present-day Mumbai) when her father assumes a new position in a civil engineering project. The little girl has had to say goodbye more times than she cares to remember, including initially from her native England, and has a difficult time adjusting. Moreover, she tries to reconcile grown-up behavior—“Adults were such peculiar things: they pretended nearly all the time”—with their words, an endeavor she finds utterly confounding. A poised and intelligent girl, however, she draws her own conclusions, including when to trust they were indeed telling the truth, evoking her very early childhood when her father introduced her to the peculiar elephants and promised they were real.

With a natural affinity for animals, Melanie develops particular fondness for the huge, grey creatures at the Hanging Gardens, where her new ayah takes her. Over some time her patience and the elephant mother’s trust develop and the bond between creatures and human solidifies. Melanie experiences an awakening, with an attending greater happiness, as well as a unity in spirit with the elephants. 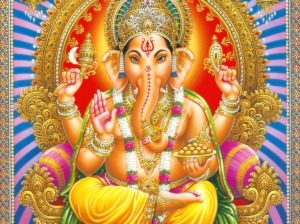 This coincides with the illness and scheduled surgery of Elizabeth, Melanie’s mother, and the young girl’s fears for her mother play out in dreams of elephants and their deaths. She herself experiences a setback and her ayah, Lakshmi, immerses her more deeply into the culture by teaching her about the elephant-headed god, Ganesha, who removes obstacles, including those within. She instructs her in the mantra, Om Gum Ganapatayei Namaha, an appeal to the god, though later worries what the memsahib will think of this.

Through the book Eaton weaves a theme of unity, her skill often apparent given the seeming opposites she is joining together: humans and animals, sadness and joy, a child in an adult world, the meeting of mono- and polytheistic cultures. It is even more telling of her talent that she accomplishes the feat without any person or creature having to compromise who they are.

Another technique that stands out to great effect is Eaton’s ability to utilize descriptive language in a way that awakens readers’ senses as she lays out any given scene. Perhaps the best example is one that introduces Melanie herself to her new home via the Gateway to India:

“Ahead of them stretched a magnificent panorama. The sapphire sea filled the wide deep bay of the natural harbour, framed by the lush green of the mountains on the mainland. The harbour itself was studded with islands, like precious stones of emerald and jasper in a sea of liquid lapis lazuli, a shimmering deep blue flecked with gold and dotted with white diamonds—the sails of innumerable small craft skipping across the sea’s sparkling surface.”

In just over 100 pages, Eaton composes a small treasure of words, woven into a portrait taking us back to a time when, indeed, all was not perfectly wed, but where the willing could find some unity in their surroundings and take with them remembered pieces of a land that, because it in part grew them, becomes part of their soul. This is the case for Melanie, despite her struggles as laid out so poignantly by the author.

It is also the sort of book that beckons for a re-read and, I suspect, will reveal an additional something every time. Each discovery of the memoir contained within will glisten in readers’ own memories as they reach for the stories, not unlike digging into Mary Poppins’s small but deeply-packed bag of rich treasures brought out to enchant and unify purpose, being and wonder. Presented with simplicity, but certainly not simple, no matter readers’ ages, genre preferences or unfamiliarity with the content, it is a precious and timeless keepsake for any bookshelf.

Marion L. Eaton writes of herself… 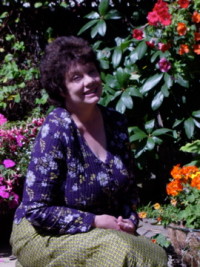 I’ve wanted to write for as long as I can remember. But Life intervened and I only managed to complete my first novel when I was over sixty.

My first career (as a lawyer) began in the nineteen seventies when there were very few women in the legal profession of England and Wales, and the dice tended to be loaded against them! My first small office on Romney Marsh eventually extended until, after a number of changes, amalgamations and growth it evolved into one of the top 100 legal firms in England and Wales.

My second career (in complementary health) began in 1994 when I qualified as a professional aromatherapist and also became a Usui Reiki Master Teacher. Over the years I have taught Reiki to hundreds of students. With my husband, also a lawyer, I ran a complementary health clinic in the Old Town of Hastings, East Sussex for several years.

All forms of holistic health interest me but it is energy healing, in all its various facets and forms, which I find most fascinating and from which I can never quite retire.

You can learn more about M.L. Eaton at her website or Amazon author page. The Elephants’ Child and her other works, some of which include When the Clocks Stopped (B.R.A.G. Medallion Winner), Norfolk Twilight and The Lion Mountains, can be purchased at Amazon and Amazon UK.

Stay tuned for my review of When the Tide Turned!

A review copy was furnished to the blogger in exchange for an honest review.