Strictly speaking, I suppose this isn’t really a blog about my tottering TBR, given these are books I’ve read this year. Never mind! Some of them are titles I plan to read again, others may very well end up being re-read. All of them are worth passing the word on, and so I hope I can pick up this chunk of my pile and add it to yours–unless, of course, you’ve already got them.

In which case I’d say, what are you waiting for? Get reading!

Stay tuned for reviews upcoming, scroll back in time to check out some of my thoughts on a few of these books. 🙂

Happy New Year, and long may you read and nourish your soul!

Side Note: I received The Giver DVD as a present last year, though, being subject to our household rule re: reading the book before seeing the film, made a trip to the library. I’d actually read the book years ago but remembered very little of it. The re-read was worth every moment and for those aiming to choose a title for their book club, it is my number one pick. Everyone who values freedom needs to read this dystopian novel, which would be among the first for the burn pile in a totalitarian society.

The image curiously without a cover? Well, not sure why it turned out that way on Goodreads, but I decided to make it a little fun and let that one be a surprise. Hint: There’s a related anniversary coming up and this book was one of my biggest surprises of 2015. There were a few I’d been fearful I wouldn’t dig, but did. This one, however, was a topic I’d previously steered clear of, but instead re-introduced to me an historical figure I completely fell for. Huzzah to breaking barriers!

I’ll be publishing my review for this one soon.

I love George Washington and can’t get enough of books about our Revolution, so George Washington’s Secret Six was a delightful find, especially given my own early spy aspirations. Interestingly, this batch of books concerns oppression of many different sorts, a sad commentary on history, truth be told–that we could find so many ways to write about tyranny, individual as well as collective. However, I remain steadfast in my belief that history must be remembered no matter how uncomfortable it makes us feel–and passed on truthfully: no whitewashing and no omissions based on standards of today. We owe our ancestors so much, and remembering their struggles, even in fictional form, is the very least we can do. In the case of novels such as The Unwanteds, which, like The Giver, is not historical, we do recall societies in which many of these standards were implemented–or rigid rules were, ostensibly for the protection of the people–and aim to pass to our children the same freedoms we enjoyed.

This year I continued an historical fiction series I’d begun in 2014 and couldn’t get enough. I got to read a few of my son’s choices and began to write my thanks in a series called “Ordinary People”–a nod to those regular, everyday people who courageously performed acts of selflessness for the benefit of others, often at risk to their own lives. This series will be continuing in 2016 as, despite the state of the world today, there is no shortage of these brave souls, only widespread recognition of their achievements. 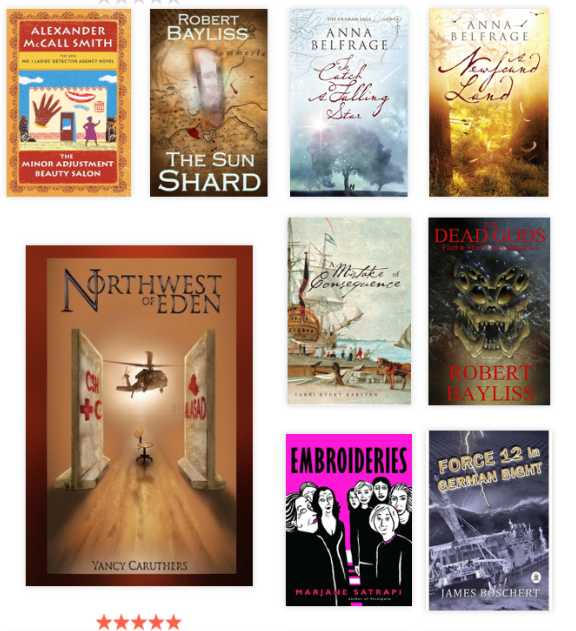 Surprises came with a few of these lovelies: as I was in the midst of reading Northwest of Eden I knew I would review even before I’d finished reading. Force 12 in German Bight captured me entirely and I am privileged to have edited a work that was more than just a job, as the fiction fantasy of The Dead Gods gripped my attention with the amazing story and its author’s gift with words. 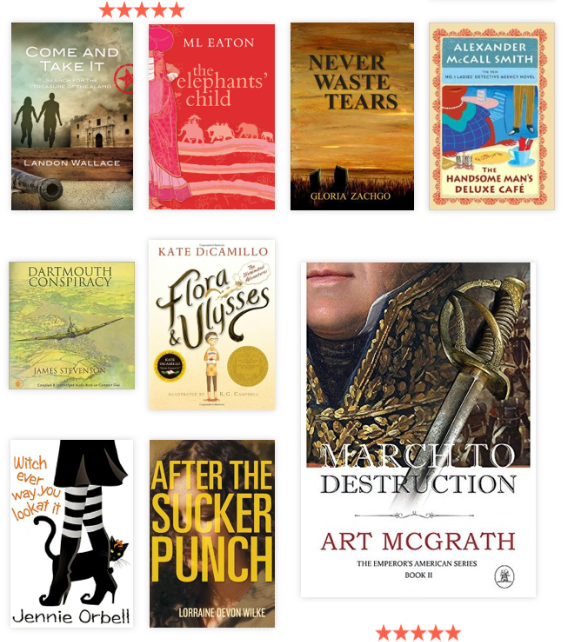 A sequel I knew I wanted to read before it was written; an Alamo story I sunk my teeth into and my first read of an author so astute in the ways of various viewpoints I long for the next one by her (on my bookshelf as we speak). Also: A fantastically fun and poignant story in Witch Ever Way You Look At It  that I couldn’t put down.

A couple of reviews upcoming from more authors I yearn to read more of. I don’t want to give too much away on these, so keep your eyes peeled!

Do stay tuned for more reviews in upcoming days as well as other musings.

May you have a wonderful 2016, with books and otherwise.