Winner of the B.R.A.G. Medallion 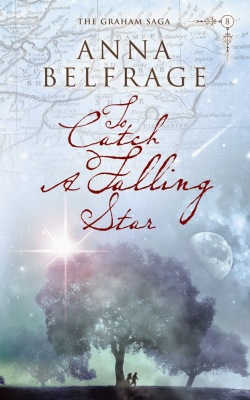 As the eighth and final installment in Anna Belfrage’s The Graham Saga series, To Catch a Falling Star found me reluctant to read as well as hungry to devour it. I’d accidentally fallen in with Alex Lind, who beckoned me into her world—both of them, time traveler that she is—when I reviewed number three, The Prodigal Son. It transported me and, knowing I simply had to read all from the start, I set out, smugly comfortable with my fat stack of books, assured of a brilliant journey that would last for some time to come. Reading Falling Star’s opening lines began the end of this long journey.

Isaac Lind should not have drunk quite as much as he did that evening, but flushed by the success of his latest exhibition, he allowed himself to be dragged along, to be toasted in pint after pint of lager.

He caressed the wooden frame of the picture, a depiction of a somnolent courtyard[…] In the middle a fountain, a constant welling of water[…] In olive greens and muted browns, with the odd dash of whites and startling blues, the water spilled over the fountain’s edge to fall in transparent drops towards the ground[…] He tried to break eye contact with the falling water, but now he heard it as well, the pitter-patter of drops on wet stone, the trickling sound of water running through a narrow channel, and there, just where he had painted it, a minute point of white beckoned and promised, entrapping his eyes in a shaft of dazzling light.

Isaac’s mother, Alex, had fallen through a rip in the veil of time when he was just a toddler, and apart from one short encounter, he has not seen her since. His grandmother’s paintings having played a role in these events, this opening then serves as foreboding. Now 32, a veteran time traveler at it again, certainly he may be able to see his mother once more. Apart from the vagaries of shifting through eras, the relationship is complicated by mother and son’s personal history, pertaining both to Isaac’s birth as well as his perception of Alex’s “abandonment” of him. Indeed, she chose to remain in the seventeenth century where she landed, and by the time Isaac falls through once more, she has raised a family, homesteaded in the colonies and seen too much in the passage of her “adopted” time.

Initially, Isaac’s appearance is welcome to those familiar with the saga, for he has not played much of a role in the previous installments, apart from his one “visit,” although Alex does guiltily think of him from time to time. But even new readers fall in quickly, given Belfrage’s masterful shaping of dialogue and events that fill in pertinent bits of information. Isaac is a sympathetic character and from the get-go, readers follow him hopefully.

As these events play out, Alex is experiencing a separation of her own. After years of feuding between her husband, Matthew, and his younger brother, Luke—often with terrible consequences—a truce of sorts has been called and the couple prepare to leave their colonial home, taking only a portion of their family back to Scotland. Having been forced out of their country in the wake of religious persecution, she now had grown roots in her new land and leaving it, and her children, is devastating.

Meeting up with Isaac once more, as well as returning to Scotland, produces mixed feelings within Alex. She must face her guilt and work through the confrontations with her confused and unhappy son, as well as the long-ago losses and compounded homesickness when she sees how far they have grown from Hillview, Matthew’s ancestral home. Her husband begins to bond more closely with Luke, who appears to be trying to sort out their past, and Belfrage give us greater glimpses into Luke’s life as well as his changing perceptions of his world and the individuals who populate it. Her treatment of the younger Graham brother is especially skillfully woven because we are kept in a questioning state: “Exactly how hard do old habits die?” Just when we think things have changed, something else occurs, bringing our assumptions into question, though knowing answers could come from any direction.

The author deals with historical reality with the skillful dexterity she utilizes in the preceding seven books. Religious persecution—in the colonies as well as Scotland—battles and factual historical figures all play a role she does not whitewash, even to the detriment of Alex’s relationship with Matthew. Belfrage moves us between eras and places with a hand so adroit we not only fall into the story, but also follow along with baited breath, around every obstacle and with an eye out for anything that might come between our players and their goals.

Life being what it is in seventeenth-century Scotland, adversity and heartbreak are constant companions. Even here, what characters see and how they see it, wraps us into their destinies, makes us care about them all the more. At times they make the best of it, while on other occasions, not so much: “The night was bitterly cold, the stars strewn like shards of crushed glass on a velvet background.” But so often even the bitter language of their love rises within a bouquet of poetry, reminding us, and perhaps them, that life is too precious not to move forward.

While the story opens with Isaac and moves at one point for a long spell back to Maryland, it really is Alex and Matthew’s tale, with the degrees of separation surrounding them: they are the nucleus, and they move forward with heartbreak and laughter, sharing the story of their loves and their losses, accepting some realities, while left wondering about others. At their now-advanced ages, Matthew and Alex begin to wonder about future Grahams. “Was there anything left of them in the twenty-first century? Would there be someone living here, in their place, and would that person’s name be Graham?” Given the strange way they came together, how exactly would this work? Even this element of the story unites characters with readers, as Belfrage weaves time together in such a fashion that we recognize ourselves in those who came before, and how their choices affect the lives we live today.

Having completed this last of the eight novels of The Graham Saga, it is perhaps easy to overlook—this is how seamlessly Belfrage writes us all together—that the re-reading of the series sets us all upon a circular sort of journey, much like the one Alex possibly faces, when her seventeenth-century self passes on and time marches forward until her original era dawns, and she is born again. Will she re-live it all in the same way we will when we go back to the beginning?

To Catch a Falling Star ties together some loose ends, answers some questions as its creator draws the Grahams’ story to a close. Alex recalls her first night with Matthew on a Scottish moor, and Jacob, her young son, gone too soon. She caresses a carved wooden infant, much as she did the one Matthew had made for her on that moor, as she agonized over her feelings for the baby Isaac. As we—reader and Alex alike—recall the start of her journey, she and Matthew are passing into a new phase of life. “Colour was returning to their world, greys morphing back to greens and browns, reds and blues.” One can’t help but recall the colors Isaac sees just before his second passage, as one world spills into another, both then and now.

It is a difficult moment, for all the remembering, and new questions, about future as well as past, and knowing this is the end of the long journey once embarked upon with such pleasure, aware there was so much more ahead. Alex herself used to say she would make the same choice—to stay—if she were to do it all over again. For all the heartbreak, grief and terror, there is also immense joy, love and bonding of souls in these tales, these “desert island books,” as another author refers to them, and like Alex, we would do it all over again as well. And we will. We will.

Anna Belfrage can be found at her blog, which also maps out The Graham Saga series for readers. Find her as well at Twitter, Facebook and at her Amazon author page, where you can also learn about her newest series, The King’s Greatest Enemy. 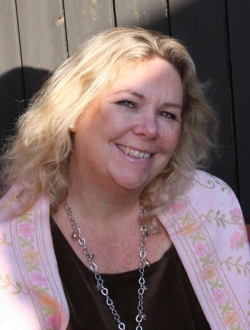 See my review for In the Shadow of the Storm, book one in The King’s Greatest Enemy series, here.

This review previously appeared at the blog’s alternate location and a copy of To Catch a Falling Star provided in exchange for an honest review.

Links to previous Anna Belfrage-related reviews and interviews can be found here.

Lisl is a contributor to Naming the Goddess and her poetry has appeared at Bewildering Stories and in Alaska Women Speak. She is currently editing her volume of poetry, Four Seasons, and scribbling away at a collection of novellas, tentatively titled Border Dwellers. She likes to color, cook and is learning to sew.

2 thoughts on “Book Review: To Catch a Falling Star” 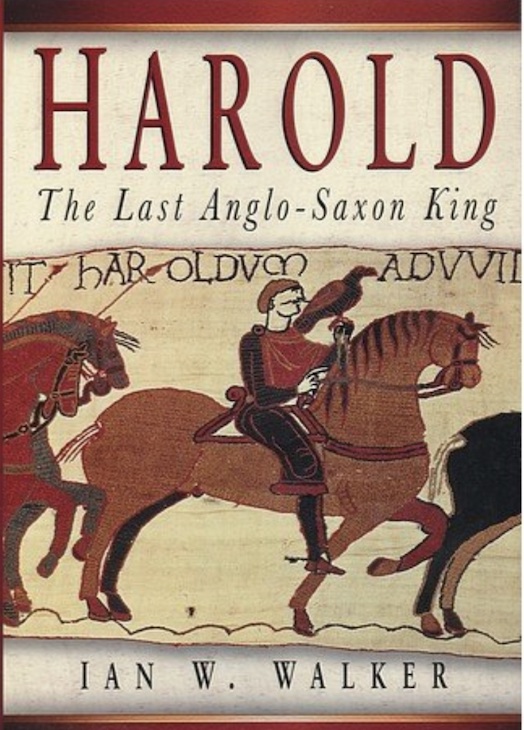