The thrilling main premise of James Tarr’s Whorl is the discovery by a young FBI lab tech of fingerprints that are a match—from three different people. We’ve all been told since we first began to learn about our prints that no one in the world has the same, not even twins. What will this mean for crimes successfully prosecuted on the basis of fingerprints?—which, by the way, outnumber any other type of evidence in solving cases. With implications not just for authorities and those prosecuted by them but also a public sure to panic once they learn of the discovery and realize its implications, the FBI needs to do something—fast. 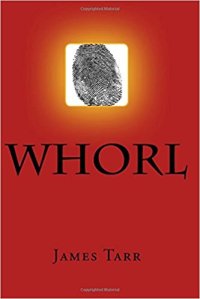 It fits the narrative perfectly that Tarr waits to bring us to this point. The novel opens with Dave Anderson, a Detroit armored car driver, and subsequent chapters switch to various perspectives. The transitions are smooth and there is no difficulty discerning whose head we’re occupying at any given moment. In many novels it is not unusual to alternate by chapter from one point of view to the next, and the author teases this out a bit with a series of engaging passages until we reach the lab tech’s astounding find.

What is really great about this portion is that though from the blurb we know what’s coming, it doesn’t loom in an “Are we ever going to get there?” fashion. Engaging almost doesn’t say it all because, for starters, that chunk of the book passes by so quickly, given its page-turner status. Why is moves so quickly, luring us along with it, is because here Tarr introduces a sub plot, simultaneously supplying mainline background we don’t realize we’re getting until we’re nearly through it. At this point, putting the book down is simply not a viable option. We’re hooked and, at times hearts racing, waiting for a shoe to drop.

Another author strength is his dialogue. In particular one early passage stands out, given it is so integral to getting the main plot off the ground. Smooth, authentic and well-paced, it supplies a great deal of technical information about fingerprints without resorting to any sort of info dumping or tedious exchanges. As the tale moves forward, the dialogue remains relevant and succinct, yet also manages to tell us so much about who these people are.

There is also a fair amount of detail on firearms, accessibly presented to match enthusiasts as well as those not so in tune to the topic, including readers who feel they might be turned off by it. Those willing to proceed with open minds will even realize that much they read in newspapers has very little in common with reality—and all this is done in a straightforward manner that doesn’t resort to preaching.

Once the paths from the various points of view we are following begin to converge, the action intensifies while, curiously, some elements of everyday life remain intact. As the FBI moves in on the evidence of a reality they don’t want known, readers are aware of only slightly more than characters, therefore are often caught as off guard as those in the book are. We know something is going to happen, and Tarr continues to dangle the suspense, another hovering shoe, with the added contemplation of which angle it may drop from.

“Which line of work is that?” Bob smiled at him.

“Shit.” John laughed. “Private contracting, executive protection, I don’t know. For all I know you’re still in and doing super secret ninja stuff with Delta Force or CAG or Dev Group or The Unit or whatever the hell they’re calling themselves now, seems like they change it every year. But it’s a relatively small world, isn’t it? Small number of guys at the Tier 1 level.”

“On who you’re working for, and what you’re doing. Private contracting … yeah, that’s a pretty small world. If you don’t know somebody, you know somebody who knows them, heard of them, or worked with them. On the government side, though, the black work, the operations end on the spook side … a lot of them originally come from the spec-ops community, but a lot of them are grown and trained in-house, and never interact with anybody else.”

As characters unwittingly find themselves in the midst of a conspiracy to conceal information, readers can understand the viable FBI concern, but also question their methods of keeping it all under wraps, and it links with what we know, or have heard, in real life pertaining to communities within regimes whose consanguinity fears exposure. Are these rogue elements, or should we really be asking ourselves whether it is as safe as some believe to trust our own government? How many secrets does the real world have? How far would any administration carry its protection of them? Tarr addresses this in his author’s note regarding the real-world case of Brandon Mayfield, and both that and the story within Whorl, even with poetic license accounted for, serve as cautionary tales for citizens who would put large amounts of faith in those with the power to control their lives.

James Tarr has created with Whorl a superb thriller that grabs our attention and doesn’t let go, with suspense that simmers as well as builds up as each page turns, and many shoes begin to drop. Set mainly in the gritty neighborhoods of Detroit, which the author knows intimately, its rapidly moving intrigue and realistic plot development provides a memorable story and enables contemplation of issues related to real life. With a reluctant but likeable main character, it’s difficult not to want to meet up with him again.

James Tarr is the author of several novels, and co-authored Dillard Johnson’s Iraq War memoir, Carnivore. A regular contributor to many outdoor enthusiast magazines, he also appears on the Guns & Ammo television show. Tarr lives in Michigan with his fiancée, two sons, and a dog named Fish.

Whorl is available at Amazon and other retailers.

The author provided an early proof copy of Whorl to facilitate an honest review. 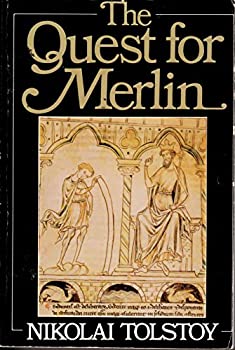